Is what I did really so much worse than what anybody else does?

Is it really so much worse than what you do?

Says Samantha Kingston, Lauren Oliver’s main protagonist in her 2009 YA debut Before I Fall. Sam is your typical popular girl – pretty, has a hot boyfriend, part of the popular clique, gets away with everything, invited to all the coolest parties – in short, she lives a charmed life. She would have lived the same way, wouldn’t have changed anything until the fatal car crash that took her life and the altering week that came after it where she relived her final day seven more times. 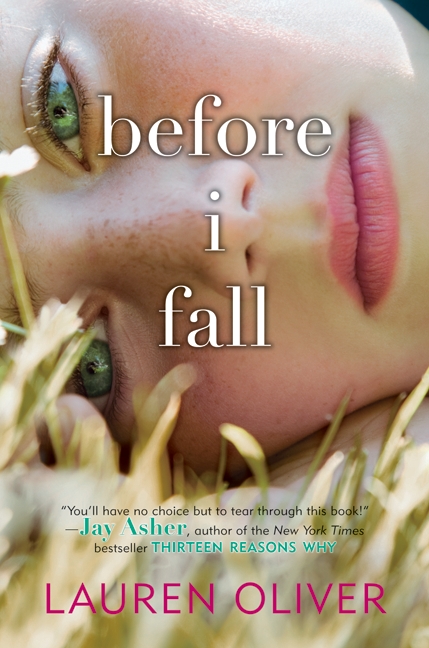 At first, it’s hard to feel for Sam. She is, after all, the type of girl you’d love to hate. She’s one of the mean girls. She and her friends pick on other people, make fun of them. They blatantly disregard authority and they are reckless to the point of self-destruction. She’s not an easy character to like, not at all.

But then, as the story progresses, Sam bit by bit becomes relatable. She becomes this girl who has been trying to fit in, a girl who only wanted to have friends she can laugh, exchange stories and have fun with. She is a girl trying to go with the flow not wanting to tip things off balance. Sam is every bit just as lost and confused as most of us are, and her quest to know about her death ultimately becomes a way for her to discover herself.

“So many things become beautiful when you really look.”

Sam learned more about herself and the people around her, about her life and her death more than she ever had in her lifetime in that miraculous week. Maybe you could log it as her knowing she’s about to lose all these, everything she’d ever known. You could even say that she came to appreciate her life a little too late but it is that, her realizations which made Sam endearingly real. Maturity, after all, is not something you get by snapping your fingers. Some people grow up and leave their peers behind at quite an early age, while some take time, years even, before they become mature individuals. It doesn’t matter how much time it takes what’s important, in my personal opinion, is that a person does mature and grow into the people they want to be. Sam did that, even if she did trip a lot of times along her way.

And very, very rarely – by some miracle of chance and coincidence, butterflies beating their wings just so and all the threads hanging together for a minute – you get the chance to do the right thing.”

We can all be judgmental. Admit it, it is always easier to zoom in and magnify everything that’s wrong than it is to praise what is right, especially in people. I know because I’m guilty of it. But at the same time, we all make mistakes and thus there’s always something that we can be judge for.

I believe we’re all just trying to figure out our way around this world. We’re all a series of hits and misses, of trials and errors. But I also believe that at the bottom of all these, all our misguided acts, we just want to do good; we all want to do what we believe is the right thing. We are all imperfect beings striving for perfection. Like everyone else, Samantha Kingston just wanted to do the same thing.

I believe she did.