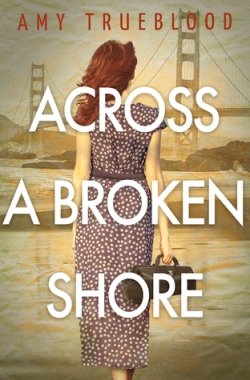 ARC provided by the publisher through NetGalley. All opinions expressed in this review are my own.

Set in the latter years of the Great Depression in America, Amy Trueblood tells the story of a young woman divided between family and ambition in her latest YA historical.

The last thing eighteen-year-old Wilhelmina “Willa” MacCarthy wants is to be a nun. It’s 1936, and as the only daughter amongst four sons, her Irish-Catholic family is counting on her to take her vows – but Willa’s found another calling. Each day she sneaks away to help Doctor Katherine Winston in her medical clinic in San Francisco’s Richmond District.

Keeping secrets from her family only becomes more complicated when Willa agrees to help the doctor at a field hospital near the new bridge being built over the Golden Gate. Willa thinks she can handle her new chaotic life, but as she draws closer to a dashing young ironworker and risks grow at the bridge, she discovers that hiding from what she truly wants may be her biggest lie of all.

It’s been a handful of months since the last time I read a historical having favored SFF heavily for most of this year. It was a good run but, admittedly, I missed the cozy comfort that a good historical brings and, reader, I couldn’t be gladder to dip back into this genre with this book.

With the construction of San Francisco’s famed Golden Gate Bridge in its background, Across a Broken Shore will transport readers to late 1830s America – a time of great hardship for many, but also of hope. It was an enjoyable read, both touching and relatable in equal measures.

The story centers on eighteen-year-old Willa MacCarthy. Having finished high school, Willa’s all but bidding time, albeit with increasing dread, until she enters the convent. It was a fate her traditional Irish-Catholic parents had set for her ever since she was young and, burdened both by guilt and duty, Willa had consigned herself to it that was until she met Dr. Winston.

Across a Broken Shore dealt with some complicated and tough topics: the often-limiting and disembodying weight of familial duty and expectations, the stifling rules of tradition and convention, the challenges and prejudices women had to weather and pretend to be immune from in a world built for men. I loved that Trueblood incorporated all these issues within her narrative. It made the story believable and relatable because even if this novel was set some 80+ years ago these are issues are still pretty much a problem for so many other people.

Still, crucial though they may be, the heart of this novel is still Willa.

Willa, as a character, was relatable and readers will find themselves empathizing with her. She’s strong in her own way, smart, resourceful and capable. I couldn’t help feeling angry on her behalf for the way her whole family, with the exception of Paddy, treats her. They limited her, forcing her to conform to be this person they think she should be.

Dr. Katherine Winston was another character I loved. She was a mentor and a friend to Willa, encouraging her to follow her heart’s desire and, in the end, giving her the means to do so. She along with Willa’s brother Paddy, Cara, Willa’s best friend, and Sam, her love interest, were bright lights in Willa’s life. They advocated for her and pushed her to assert her agency amidst the one-tracked fate her parents laid out for her.

Though perhaps the last 50 or so pages were a bit circular before finally coming to a final resolution, Across a Broken Shore was a solid coming-of-age novel. Readers will be inspired by Willa’s determination and will identify with her struggles. This is my first book from Amy Trueblood but it certainly will not be the last. I highly recommend this read, especially for those who love historical fiction. 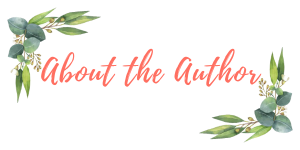 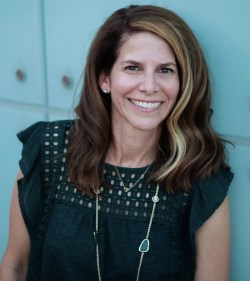 AMY TRUEBLOOD grew up in California only ten minutes from Disneyland which sparked an early interest in storytelling, As the youngest of five, she spent most of her time trying to find a quiet place to curl up with her favorite books. After graduating from the University of Arizona with a degree in journalism, she worked in entertainment in Los Angeles before returning to work in Arizona.

Fueled by good coffee and an awesome Spotify playlist, you can often find Amy blogging and writing. Nothing But Sky, a 2018 Junior Library Guild selection, is her first novel.