ARC provided by the publisher through NetGalley. All opinions expressed in this review are my own.

Then, “Jane” was just your typical 17-year-old in a typical New England suburb getting ready to start her senior year. She had a part-time job she enjoyed, an awesome best friend, overbearing but loving parents, and crush on a boy who was taking her to see her favorite band. She never would’ve imagined that in her town where nothing ever happens, a series of small coincidences would lead to a devastating turn of events that would forever change her life..

Aware of the theme of this book, I went into this story with a prepared heart. But, alas, it was to no avail.

As gut-wrenching as it was gripping, Jane Anonymous is one story that’ll get under your skin and get through your heart. It explores trauma – its effects on both the victim and the people around them – healing and hope.

LAURIE FARIA STOLARZ: I love that you’ve chosen this text. I struggled so much with it. I didn’t want it to reveal too much, and yet I wanted a degree of retrospection here. I rewrote this text again and again, trying to get the right balance – just enough insight but not too much.

Gutsy main character “Jane” narrates the story, going back and forth between then, which covers the time before and during her seven-month captivity, and now, three months after her return home. She has a compelling voice, honest and raw and vulnerable. It was so easy to empathize with her.

The exploration of trauma, and the long and varied road to healing is at the heart of this book.

LFS: I really wanted to show that therapy isn’t one-size-fits-all. Brave acts as therapy for Jane, giving her a sense of purpose. Brave also cries out when Jane can’t, and helps Jane see that life is worth fighting for; despite all of the abuse Brave has lived through, she still hasn’t lost her will to live. It is her instinct – something Jane admires.

Jane, at the beginning of the story, was in pieces: isolated, made to question her own experience. All throughout the book I felt like Jane stood alone. Her parents, even her best friend Shelley, seemed to expect her to just go back to her normal self once she returned home. It could be because they don’t know how to deal with it, but I don’t think they ever understood what Jane has gone through. The only one who was open and willing enough to try was Jack.

Bleak her start may be, Jane ends the book at a hopeful place. I think she started coming to terms with what has happened to her, ready to start healing and take back control of her life.

LFS: In this scene, Jane is overhearing her father talk to a nurse at the hospital. Jane doesn’t feel she has a voice in her own life. People are talking about her in the third-person, as though she’s not even there, not even part of her own healing. Jane uses their words here to convey how alone she feels (the notion of luck feels so foreign to her at this point.) The point here is that people talk about her, as though everything is about her (her health, her growth, her safety, etc.). But things aren’t about her at all – not really. They’re more about them – how Jane’s time in captivity affects them/their lives.

Though heavy, I enjoyed reading Jane Anonymous. It was fast-paced and suspenseful. The story flowed really well even with all the switches between Jane’s then and now. Stolarz was able to handle trauma with care and sensitivity.

That said, there were a few things that didn’t work for me. Most characters, with the exception of Jane, were two dimensional. You really don’t get to know them much – Jane’s parents, Shelley; “Mason” and Jack were a little bit better but not by much.

Still, overall, this was a good read. Readers of crime and suspense YA thrillers will find something to love in this one. I highly recommend this especially for those who love Courtney Summers’ Sadie and Kathleen Glasgow’s Girl in Pieces.

LAURIE FARIA STOLARZ is an American author of young adult fiction novels, best known for her Blue is for Nightmares series. Her works, which feature teenage protagonists, blend elements found in mystery and romance novels.

Stolarz found sales success with her first novel, Blue is for Nightmares, and followed it up with three more titles in the series, White is for Magic, Silvers is for Secrets, and Red is for Remembrance, as well as a companion graphic novel, Black is for Beginnings. Stolarz is also the author of the Touch series (Deadly Little Secret, Deadly Little Lies, Deadly Little Games, Deadly Little Voices, and Deadly Little Lessons,) as well as Bleed and Project 17. With more than two million books sold worldwide, Stolarz’s titles have been named on various awards list. 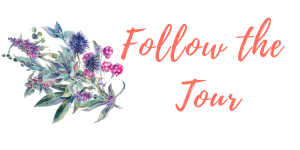 To All The Books I’ve Read Before – Video Interview